I remember when I was a child how I loved to watch the anime of Little Women, and I think I even remember watching a movie about this old classic. Nostalgia flew through me when I picked this book after so many years… I tried it when I was 13, an old copy of my aunt, I made it really far, but then I found out that it was missing a few pages. Almost a decade later, I tried it again with an amazing introduction by Elaine Showalter

This instruction gave some light on the author and the historical era in which it was written. Alcott was always in a struggle between self-consciousness and deprivation. While she wished for life, her father’s ideals obstructed her creativity, becoming to be so censoring to the point of almost being removed from this “biographical” novel. The moralistic teaching of the Pilgrims vs the witchcraft stories of her mother created a paradoxical author that denied herself through creative literary work; ironically, Alcott not only denied herself through literature but also denied her creative self to the biggest bidder.

Interesting enough, Alcott had to sacrifice her creativity and, to a certain point, the life and uniqueness of her writing for economic success; I cannot help thinking about this common phrase “girls gotta eat” because I am sure that earning a living back in the 1800s was as difficult as earning a living nowadays. For this reason, I find harsh and a bit illogical to demonized Alcott for giving up part of herself for her own good. The formal feminist movement of the 21st century will argue that Little Women is not a feminist work, for the sole fact that Alcott accepted to change the spirit and personality of her novel because it did not sell, but I don’t believe it’s cowardliness or relinquish, I say it is survival.

So judging her for giving up certain elements of her writing, that gave life to her work, seems unfair because for a single women (spinster) that worked as a full time writer, and refuses to get married as a way to escape poverty and “get some freedom” sounds like an impossible life plan.

The novel is highly moralistic, and the reader can see how the author actually tried to educate or guide the readers through life. Love your family, be grateful for what you have, be faithful to yourself, and leisure time will be more pleasurable after some hard and well-done work (I hate this but makes sense) Now, I see how gender roles were also given to the characters like Meg that is described as motherly, house skillful, docile, and delicate… Attributes are needed by women according to patriarchy; however, we see also the antithesis… Jo who is anything but motherly or trained in-house “skills”. I am not saying that I am on board with everything Alcott wrote since I was scandalized by the fear of Meg’s husband’s anger and “beating”. Nonetheless, I am basing or analyzing this with the 21st-century thinking and education. Some others will argue why Alcott didn’t give more ambitious dreams to the characters such as going to college, having a career, being a doctor, but instead, focused on the typical artistic and creative abilities that Society thought were intrinsic in women… but again we have to consider that all these studies and carrier dreams required money… something that was really scarce in Alcott’s life, and the novel was based on the same. In addition, the March family was no wealthy at all so this would have obstructed such dreams.

The novel was interesting at points and drag and was slow at other points. I can describe that this book was a decent read but nothing big happens as this is pretty much the regular life of a family in the 1800s. I am not going to lie and say that I did not get excited about the European trips and the marriage proposals, but those same proposals seem too fantastical and easy to accomplish. I will still recommend this book to other people as long as they can understand the complexity of it in matters of social and political differences from the now, the 2000s, to the 1800s. 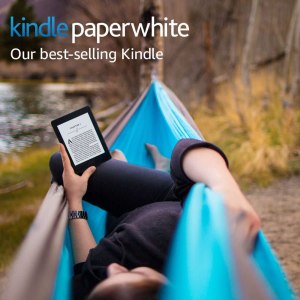