The Harder They Come is a characters based story, which is incredible if you are wondering how this book can fit into today’s political developments. In this text, T.C. Boyle created three main characters, that slowly will take you to the incredible climax. The author seems to portray not only regular American citizens but also the vices and sins of some Americans.

Sten, the reluctant hero, someone that accepts the status of a privileged white man, like the rest of Americans “demanding here and then, and gone tomorrow“. They come, they ask, they insist and they leave leaving behind an irrelevant and forgettable trail. He immobilizes a man beyond his need and actually kills him, and he is praised and venerated by the rest of the citizens for doing something so “heroically”.

It seems that T.C. Boyle portrayed in his characters a summary of the archetypal of being an American. However, Boyle also shows a wonderful hero, such a successful ex-marine citizen that emerges in the other part of America. Adam, the psychopath, the paranoiac, the socially unstable killer who blames the Chinese for global warming… — This is an allusion…just in case you did not see it –. How such a venerated role model could breed such an anti-role model? Alternatively, even the antithesis of what people believe is Americana. Adam’s delusion and Boyle ways to describe Adam’s obsession and wheel-turning brain were purposeful but also confusing and tedious.

Finally, we have Sarah the lawless, the absurdity in person of the American people who believe are over laws, morality, and regular standards while still depending on the economic system of paid labor — what the kids will call a Karen –. Even though Sarah had no “contract” or obligation to the state, it is absurd to live in a society without laws, rules, and ideally “order”. The reason why I mention absurdity is for how she opposes to the machine, the system, which is mainly a security measure for her own safety –and hopefully for the safety of the rest– I will say this is how the author will give his back to the citizens who decide to “fight” the wrong war in the wrong way because sadly it seems that in some cases -mostly the one presented in the book- pseudo political activism goes in hand with ignorance and close-minded ideas.

One trait in common of the perfect and unstable American is the prejudice against minorities or in this case: Mexican. This book was published in 2015 so close or during some political campaigns. People succumbed to chaos when a beloved person from the community was murdered, and the main target was the Mexicans, while the killer was another privileged white man. It is so sad but interesting to see how, for a Mexican to have money and a new car are alerts of something going on, drugs, trafficking, cartels, and God knows what else, but one more time, the problem was never that community.

I struggled a bit with this book, but I loved that the first setting was Costa Rica. I was impressed on how Boyle described the country, or at least part of it, as most of the people sadly see it. However, whenever you go, you might encounter problems either if you go to Spain, Argentina, England or any other country because you will always be dealing with people. For me, this title is highly political, so if you are into this kind of reading, I will totally recommend it. 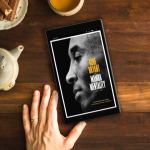