From the exotic lands of Australia to England, Traveller Inceptio moves cross time and land. As a group of students discovered by mistake a time machine, they struggled to decide what to do with it since it only sends you 1000 years in the past. While they test the machine with themselves and other items, the governments get involved and take this breakthrough for their own research on the past.

Let´s say there were two reasons why I don´t think I will be reading Outlander… Reason 1: that is a romance book, and I, even though I am in touch with my emotions – not really – don´t like or enjoy the romance genre. Reason 2: It has to do with time traveling, and I have issues with that topic. I came to read “Traveler Inception”, and I reinforced the previous beliefs: I do not like time traveling and I do not like romance in time traveling either, which are elements present in this novel. 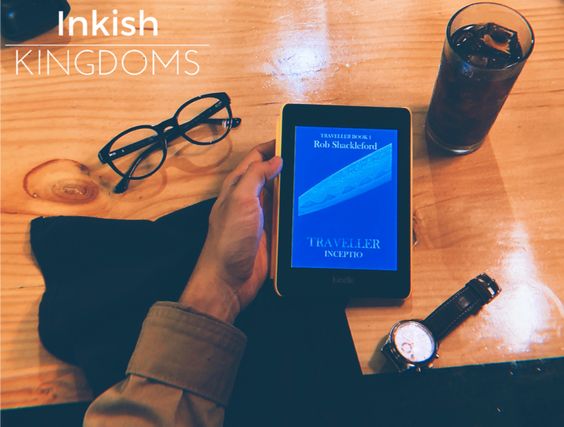 As I found myself reading the word-packed pages of this novel, I felt like someone had dropped me in the past without any notice. The story starts but without knowing where and who is talking. Rob moves from past to future and backward from two to three different stories. I was completely lost and I was able to engage only with one story at the time. I felt tangled in different and purposeless stories with no character connection, and, honestly the whole “oh oops we came up with a time machine by mistake” seems too farfetched for a sci-fi story. As I fight to keep track of what was going on, I couldn’t help but felt that I was reading something as heavy and descriptive as Games of Thrones – which it took me like 2 months to finish.

With complete honesty, I admire that Rob Shackleford was able to amass the creativity to come up with such a juggernaut piece of writing that “Traveller Inceptio” ended up being. It might have been me struggling with the story and following it, but Rob’s writing craft is incredible when the narration was focused on one telling at the time. Deeply descriptive which became confusing at times but it also moved faster when it needed to. The ending was completely bunkers and I liked how the main “error” and “recklessness” of the initial characters were passed to the others with the ending and the rash decisions taken.

As the story felt cramped with text and some irrelevant stories and excessive descriptions, Rob has a lot of potential to become really well known for this writing and stories.