T​he moon has always been such a mystery for many of us… for others not that much… but what do I know?

Is the moon blue and made of cheese? Is it red and an omen of death (Bloody Moon)? What about the dark side of the moon, is it just a song? I don’t know, but something I am sure of is that on July 16th, 1969, the first man in human history landed on it!*

Neil Armstrong was part of the Apollo 11 spacecraft that accomplished this incredible milestone in history, and we have a group of books that will remind us that if you reach for the stars, you land on the moon!

Bloody, cheesy or blue, you pick your moon! 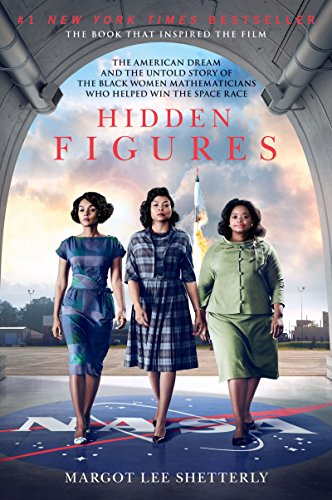 “Recently” adapted to the big screen, Hidden Figures is a true-life story of a group of women (womanpower!) known as “human computers”. Why where they known as such? Because they were dedicated mathematicians that did all the calculations on how to launch a rocket into space by using only pencils, paper, and slide rule! However, this story focuses on a group of African American women who had to settle down to teach math in a school due to segregation, but their opportunity arrived when they were called to duty due to the shortage of workers generated for WWII.

Don’t be afraid! Audible has a Spanish version  too! “Figuras Ocultas” 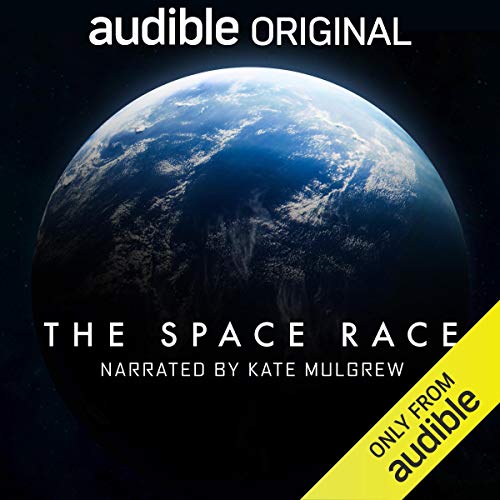 Let’s linger a bit more in the nonfiction category! Part of your Audible Plus Catalog! so it is free! Try Audible Premium Plus and Get Up to Two Free Audiobooks

The Space Race started in 1960s when it captured everybody’s dreams to reach the stars! Back then, it was mainly the government that supported this cause, but today, we will also hear of Eleon Musk (Space X) and even Jeff Bezos (Blue Origin)! Last year, to celebrate the 50th anniversary of the moon landing, this documentary-drama brings the past to the present and highlights the present efforts to reach space, giving us a glimpse of how the future might look like. Not only is an Audible Original, but also, it is narrated by an Emmy Award and Golden Globe nominee for her role in Orange is the New Black!! 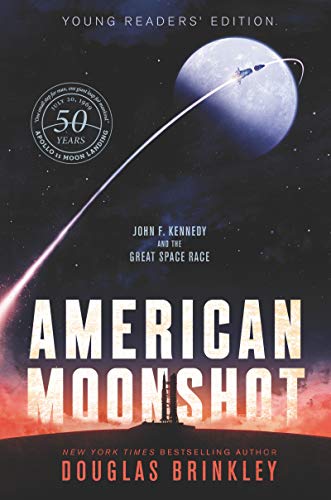 One more! We better know the background of the space race! And tell me this, weren’t you obsessed with space when you were a kid? who didn’t want to be an astronaut? and whose parents told you not to be silly for such an illogical dream? Nobody? Only me?……. sorry childhood trauma…

Anyway, children love space, and they love the moon! Give them a telescope and lose them in the stars and the immensity of the universe! This young reader edition of the American Moonshot is a factual recount of what was at stake and what had to be done for Apollo 11 to land on the moon! Hey! Do your kids like space? Maybe they will love this audiobook! 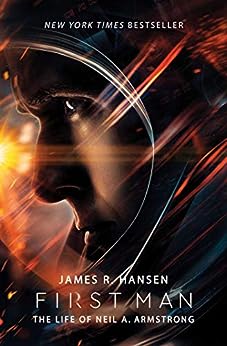 For those who love memoirs and the stories of famous people! First Man tells the Life of Neil A. Armstrong, 38-year old astronaut, who was the first man who reached and touched a heavenly body! This is a personal, technological, epic, and iconic blend to form the portrait of a great but reluctant hero who will forever be known as history’s most famous space traveler.

Andy Weir brought us “The Martian” the incredible story of Mark, an astronaut who was stranded on Mars for almost 2 years. Now, he brings “Artemis”, a sci-fi thriller that you can only find in Audible! Rosario Dawson tells the story of Jazz Brashara, a “criminal”who lives in the first and only city on the moon. Jazz thought that her life was about to change as she spotted the perfect crime, the crime that will change her life in Artemis, but she didn’t calculate that this gambit was more dangerous than expected.

Maybe we weren’t cut for space or even the moon, but at least, we can live through the stories of the men and women who achieve the space race and the moon landing. Get ready, buckle up, and take you last breath before we are launched into hours of history and fiction that will bring the moon to us!